Smartphones and tablets have come a long way over the past 20-years. They evolved progressively during the same periods (1990’s to today) with similar goals – security, communications, and better battery life. The features evolved along with the device.

Tablets began as personal digital assistants (PDA’s) storing contacts, calendars, and personal notes. The information would either be entered by a keyboard on the device or synchronized with a computer. This device was a technological advancement for carrying around Day Planners, back in the day.

Smartphones carried a similar same path and technology advancements that tablets did. Palm, Microsoft, and RIM were the big players. RIM’s Blackberry devices were popular, also referred to as Crackberries. It wasn’t until 2007 when the excitement of smartphones emerged with Apple unveiling its iPhone. A year later, Google launched its first Android phone.

Since then, technologies have improved in capabilities and the delivery of endless possibilities. Smartwatches emerged. Today the only difference between tablets, smartphones, and watches differ in size and phone calling capabilities.

These devices are referred to as mobile devices as they are handheld computers having a visual interface screen and possess either Wi-Fi, cellular, or both types of communication abilities.

NOTE While the iPad arrive years after the iPhone, the tablet was actually the original project Apple was working on when it came into the idea of applying it to a phone.

Like computers requiring software to expand its functions, mobile devices do the same with Apps. Apps provide additional functionality and capabilities. As with software, many mobile apps can be downloaded and installed for free.

When installing an app be aware of the requested access. A screen generally pops up summarizing this. Always ensure you agree with the request. Not paying attention could result in giving full access to something malicious.

NOTE Free is never a good sign, as nothing is truly free. It's expensive to create and maintain a mobile app. Be aware of underlining tactics that do generate income like the collection of data, the embedding of spyware, and infiltration of malware.

Something To Think About

Phones are a doorway into our personal lives. They hold information about us, what we do, and what we interact with. It establishes communications to our contacts through emails, messages, and phone calls. This information is powerfully convenient for us, but in the wrong hands can be devastating.

TIP Antivirus, location services, and remote administrations are highly recommended. Each has the advantage of protecting, locating, and securing your device from malicious acts.

It’s not if, but when. The threats on mobile devices are real. With account takeovers rising above 79% from last year and phone thefts exceeding 1 million yearly, proactive protection and security are necessary.

Antivirus, location services, and remote administrations are highly recommended. Each has the advantage of protecting, locating, and securing your device from malicious acts.

Our recommendations to protect your mobile devices:

Tip Do not underestimate how important your mobile device is and the content stored on it. Protecting this information is vital. Stop theft and remote take over of your device with MobileGuardian. 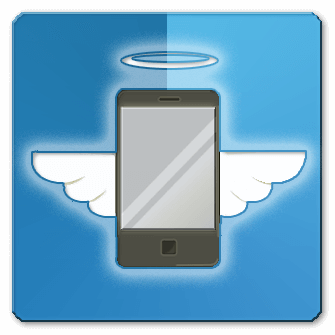 Protect it against theft!

Feel the confidence of being secure.
Discover MobileGuardian