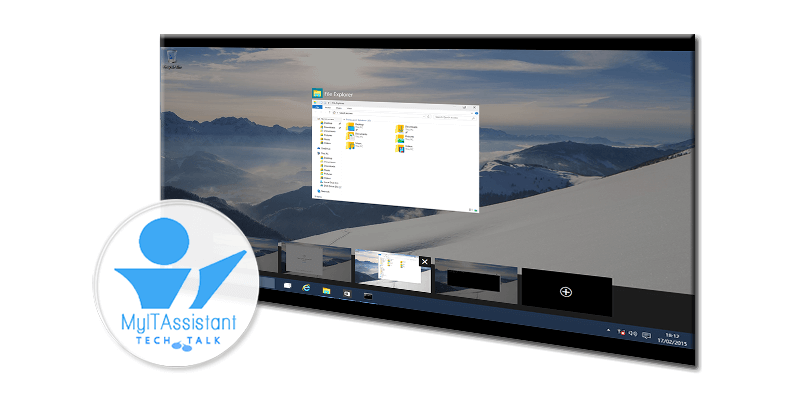 Posted by Russell Kirkpatrick on | Featured

There is some good news that every Windows user should be aware of when Windows 10 arrives – a FREE upgrade. Microsoft will be providing an upgrade from Windows 8.1 to Windows 10. There is a catch  – this offer will only be available the first year.

As with any Microsoft or Apple release, I advise not being the first to run out and get the latest and greatest. As with any new release, expect bugs and oddities to be worked out by the public during the first 3 to 6 months of its release.

Now for my review of Windows 10:

At the present time, I am liking the simplicity of Windows 10. I feel that they did away with (hidden by default) some of the ‘fluffy’ and ‘corky’ things, and got down to what users wanted. For example, the crazy hidden side windows that opened up when going to the corners of the screen – and yes there is an option to turn off and on (same as in Windows 8.1).

The START window of Windows 8 and 8.1 has been revoked, in replacement of a hybrid Windows 7/8. Now you have the option of a Start Menu or Start Window. The start menu opens up as a what we would expect from Windows 7, with an option to use it as a Window (using an expand button). The Windows 8 Apps have been consolidated in this menu, and scroll-able to see more (up and down). We will see options to customize this experience to fit the preference of the user.

Another feature I have come to like is call the Task View. Its a new icon in the Task Bar that allows you to have and manage multiple desktops. Similar to having multiple monitors, the Task View allows you create new Desktops and switch quickly between them. So you can have one desktop with your Mail running, another running QuickBooks, and another browsing the web. If you are like me, I like making things full screen and opening up everything. This is one feature that I will be using every day.

Lastly, the Notifications window seems appealing. Its an icon located to the left of the clock, in the Task Bar. This replaces the flag icon that shows a red flag when something needs attention (according to the computer). This now makes more sense, as it now represents the Computer System – image that, LIGHT BULB! Clicking on Notifications now provides you EASY access to all the system settings. In one click you can modify the display settings, network connections and everything else! Wow no more confusing right clicks!

Ok Microsoft, I think you have sold me on Windows 10 so far but there is lots of ground still to cover before its released.